Start Your Journey to Hajj

Ihya Tours is pioneering the Hajj journey. Our novel dual approach starts by distilling down the best features and offering just one complete package that includes everything. Instead of burdening you with choosing minutiae that cost thousands of dollars in difference between packages, we include everything in one simple package at the best possible price. At the sametime we honor our core commitment of having small groups paired with world renowned scholars. We organize very small groups of less than forty pilgrims per scholar to attain the maximum benefit.

Ihya Tours began with the idea that Hajj should be more than just 'Packages'. It should be more than hotels, buffet meals and luxuries. Hajj is about suhba, about a collective connection to the divine. Our intent at Ihya Tours is to provide you with a Hajj experience that lets you focus on the spirit of the Hajj. We are confident in our novel approach. Let us serve you in your endeavor to fulfill your religious obligation. 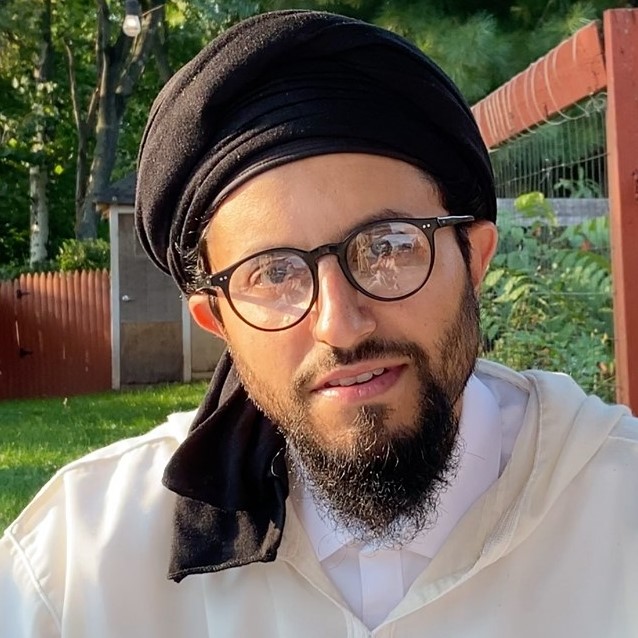 Dr. Shadee Elmasry was born and raised in New Jersey. He began studying the traditional sciences rigorously at age eighteen. He studied in Yemen, Mecca and Madina, London, and Cairo under several veteran ulama. He studied Arabic Maliki fiqh, usul, aqida and suluk.

In addition to traditional learning, Dr. Elmasry has received a masters and PhD in religious studies, completing his masters thesis at The George Washington University and his Ph.D. at The University of London, SOAS on Da’wa in the Works of Imam Abd Allah bin Alawi al-Haddad.

Dr. Elmasry went on to teach at several universities including Yale, The University of London SOAS, Trinity College, Hartford Seminary and Manhattanville College. Currently, he has found his way back home as Scholar in Residence and Director of Education at the New Brunswick Islamic Center in New Jersey. He is also the founder and head of Safina Society—an institution dedicated to disseminating Ahl al-Sunna & Jama knowledge live and online. 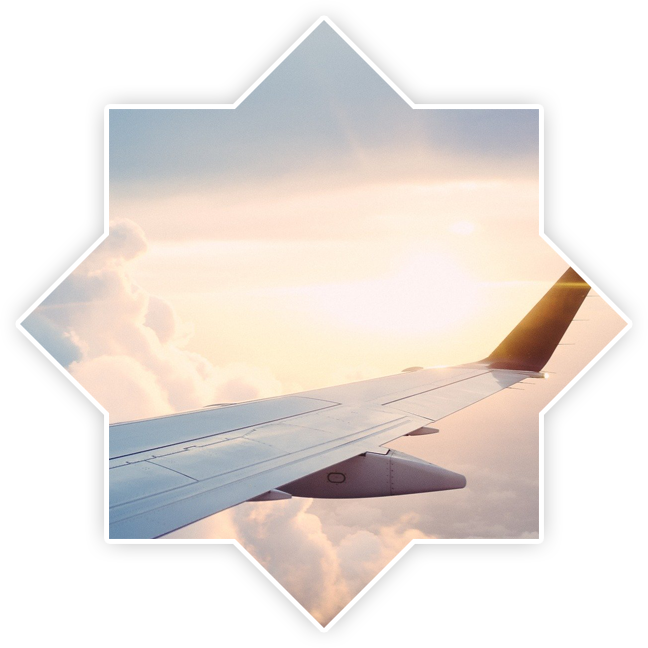 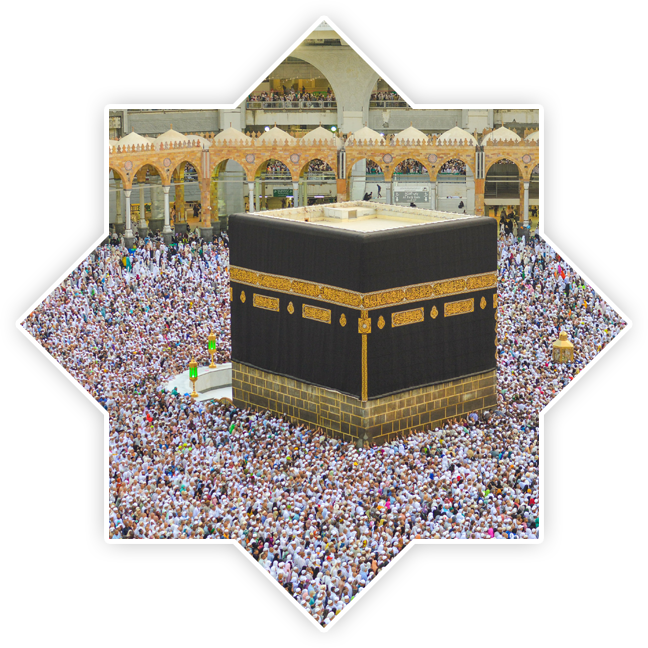 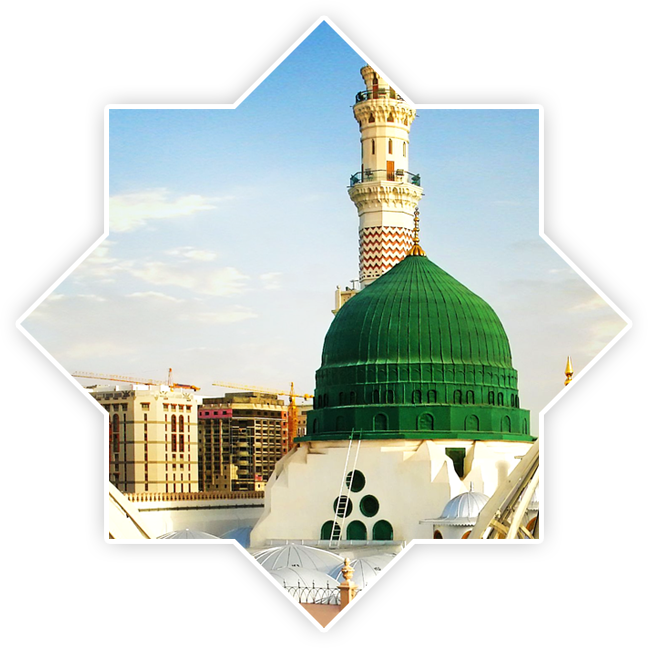 Private buses during Manasik.Travel from Makkah to Medina by high speed train

Private buses during Manasik.Travel from Makkah to Medina by high speed train 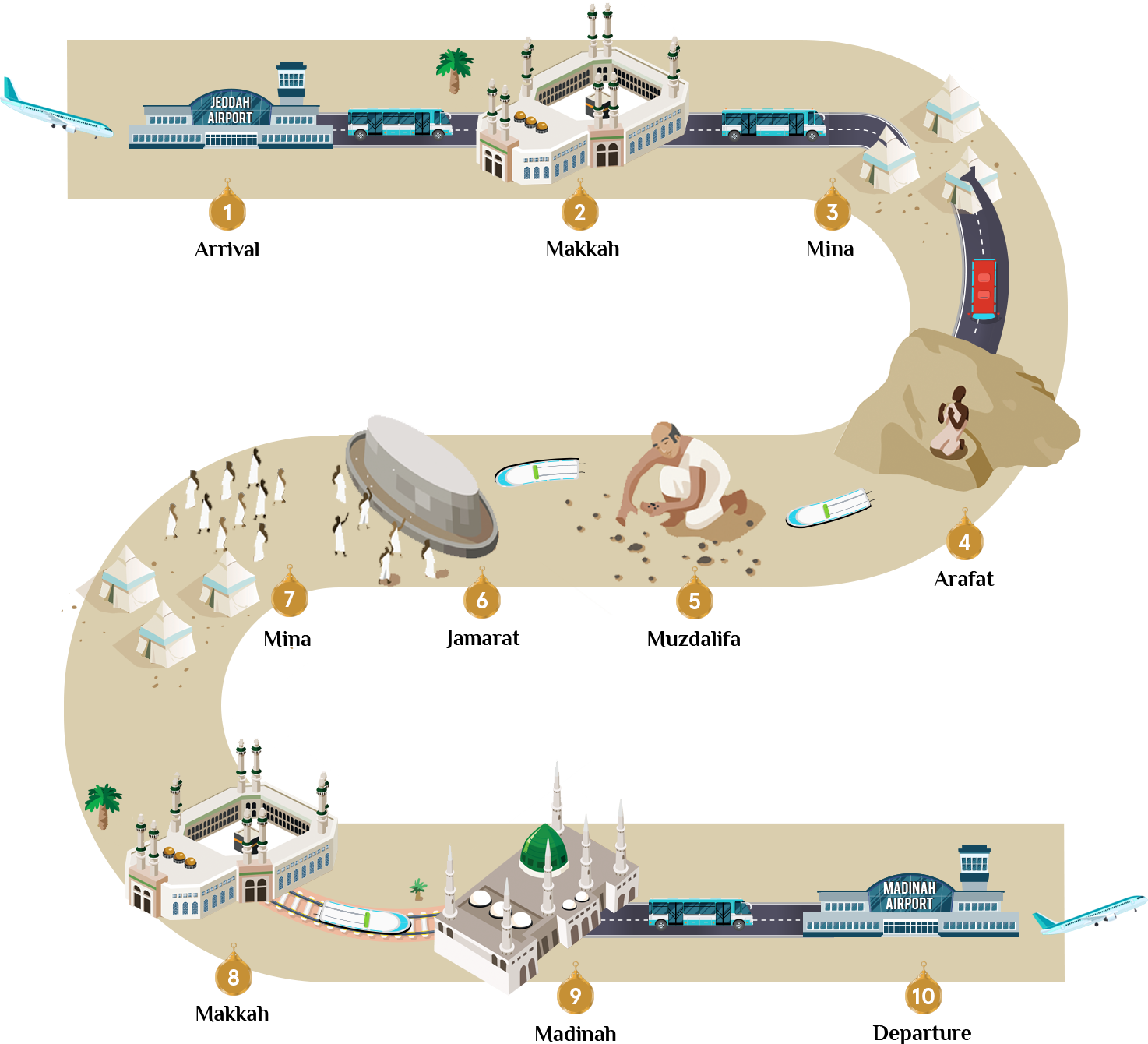 It was an unforgettable experience and we are so greatful to your team for taking the time to take care of us. Alhamdulilah we had the best group and everything was so easy. I loved that we were a smaller group because we all really bonded.

This was my first time performing Hajj and I was very happy I chose Ihya tours for this journey of a lifetime. Thank you!

Ihya Tours took this Amana very seriously and cared for my Hajj as if it were there own. I wouldn't have wanted to go with anyone else.

I had a wonderful and transformative experience which is difficult to put into words. That may be true for every Hajji, but the guidance that we received with Ihya Tours and the caliber of scholarship was exceptional. One could not hope for a better group, mashallah. Pilgrims bonded as a family and I feel that it's a sign of success and Divine pleasure to see how many hajjis are still communicating with each other regularly through WhatsApp, and even having dreams of being with one another in sacred places! This is a very positive outcome, may Allah bless you all abundantly.

The trip was wonderful. The character of everyone from organizers to hajjis was wonderful, allowing for quick and amicable resolution of the inevitable difficulties. My mother in a wheelchair was more than accommodated by the organizers and the hajjis, insisting on pushing here wheel chair and serving her food, and so on. The reminders of focus and reflection ones shortcomings and service to others instead of complaining helped keep the spirit of the trip where it should be. The cost was less than I expected for the type of accomodations provided. Alhamdulillah. May Allah reward you all commensurate with His generosity.

The intention for the group along with the scholarly guidance, organizers, accompanying scholars, the fellow Hajjis that the group attracts due to the focus on spirituality and love of Prophet SAW were all on point and made the Hajj very special. The foundation of this group has been built on good intention and sincere duas and has benefited all who have embarked on their journey with Ihya Tours. The 5 star accommodations and multiple "Ihya exclusives" were an added bonus. I have already recommended this group to others that are planning on performing Hajj in the near future.

Ihya Tours setup the journey to ensure that one would have a spiritual experience. I liked how we had mini mawlids and dhikr. Care was taken in the little details. Accommodations were above expectations. Transportation was amazing. As a woman, I appreciated having a female scholar on hand. And I liked how Ihya gave us our space as women.